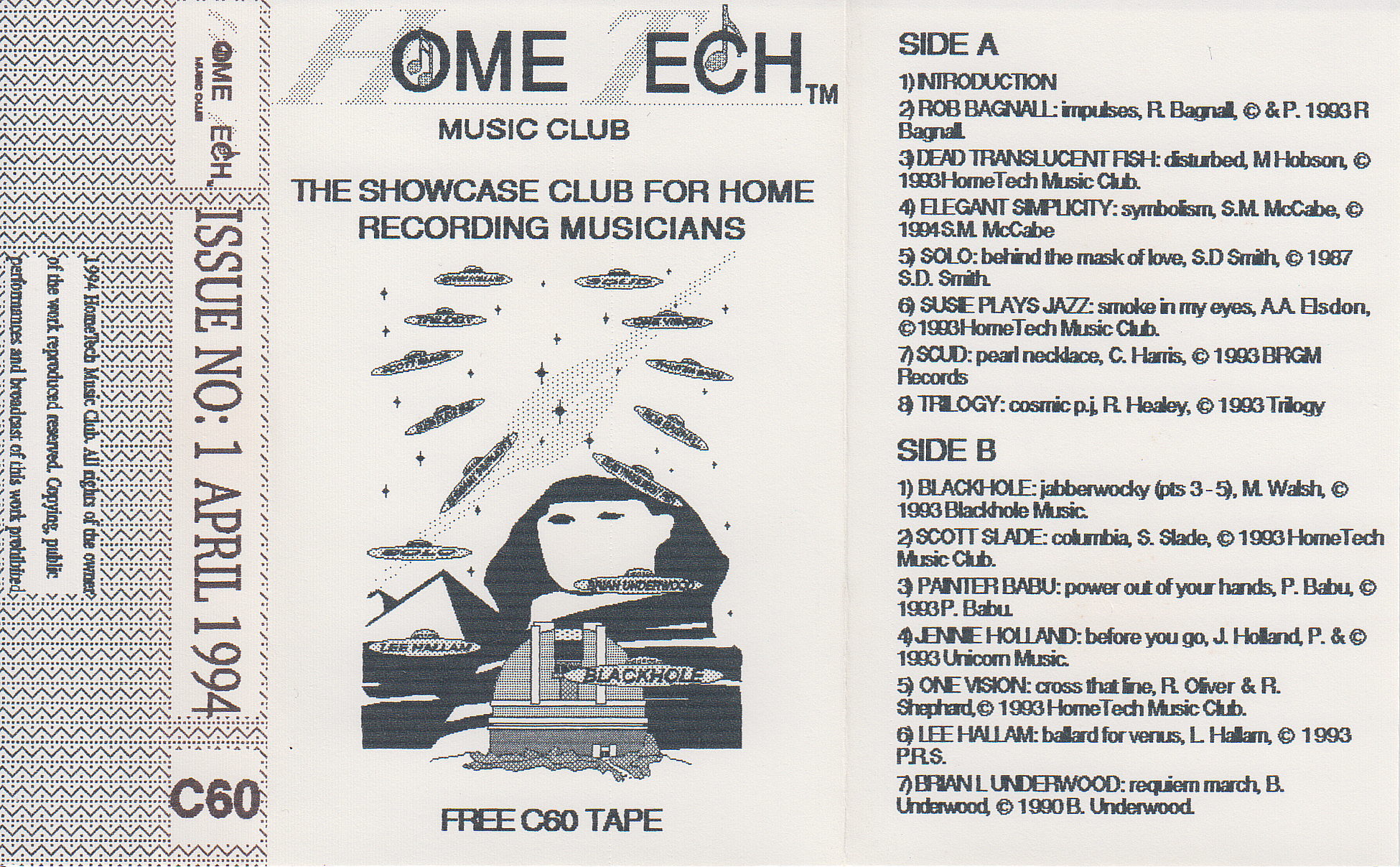 Hometech Music Club was an organisation dedicated to the promotion of unsigned acts. They published a monthly newsletter and a cassette featuring various artists and the equipment they used to produce their music. They also had a sales section whereby each artist listed the albums they had available and at what cost. In addition, they also had their own label with which they released limited edition cassette albums, of which this was one.

Elegant Simplicity featured on their first compilation release, dated April 1994. The song used was ‘Symbolism’ from the album ‘Inside The Hurting’.

Needless to say, this cassette, featuring a total of 15 artists is now considerably rare!