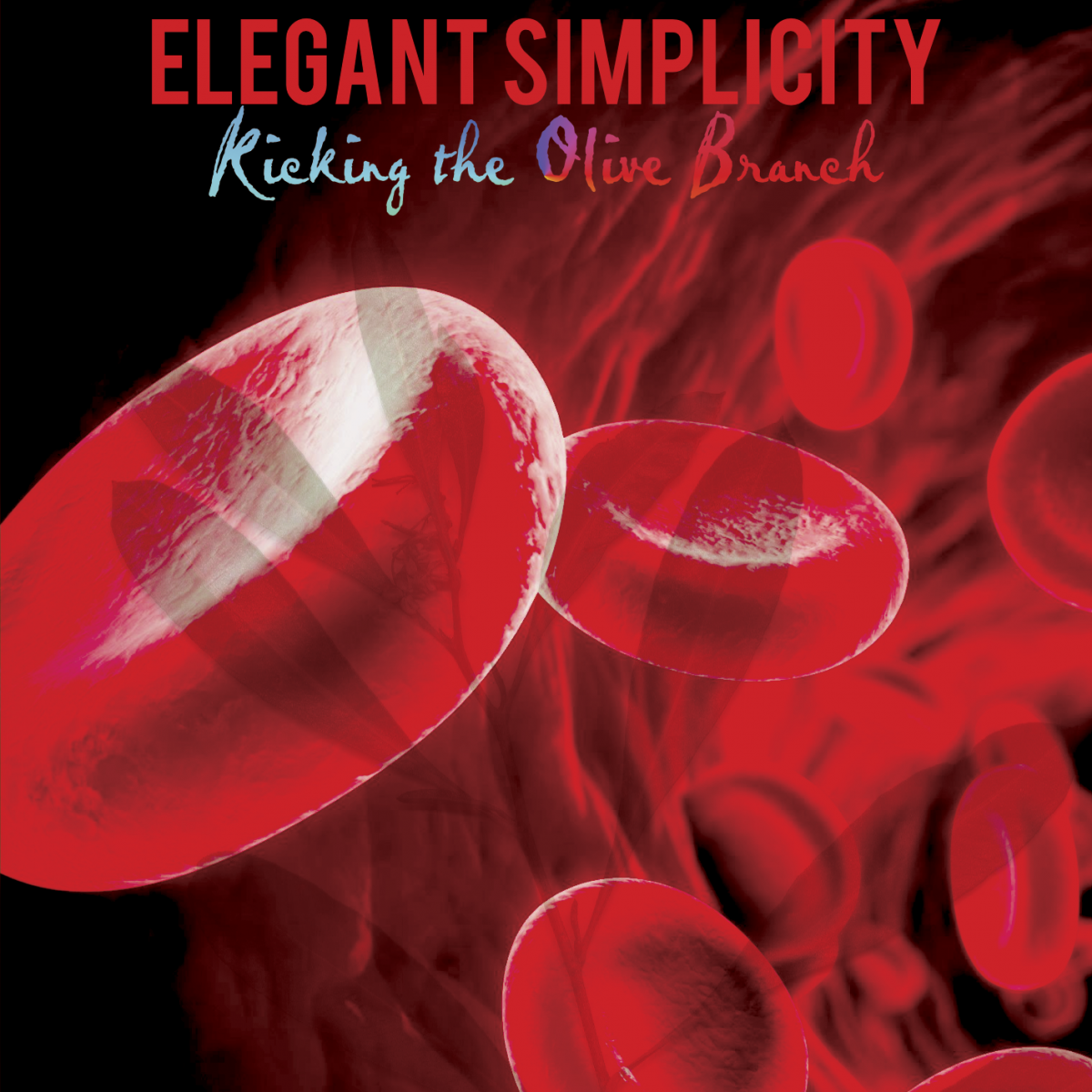 About Kicking the Olive Branch

New for 2017 is this latest ELEGANT SIMPLICITY release “Kicking the Olive Branch“, featuring a stellar cast of additional musicians.

Harder rocking than any previous release, this has some cool guitar moments, sweet mini-moog madness and some fantastic sax and violin moves.

Favourite track is the joyous, moody, uplifting “Lovotics“, a song about relationships with, er, non-humans of the robot persuasion! Contains not one, but two guitar solos that pack a deeply emotional punch.

“Quantum Spin” is a groovy little rocker and “Inconsistent Echoes” will floor you with its epic wah-wah goodness.

The album kicks off with the knotty “Timely Reminder“, borne out of a jam session and matured into a stonking little party piece. William really shines on “Dying Shadows“, paying a great solo against some hypnotic rhythms.

And then we have “Mood # 12“, another entry in the ongoing “Mood” saga. This is by far the best with tons of stuff going on to keep the interest.

The title track, though, is an epic inspired by a little known back catalogue gem and seen through to its logical conclusion. Featuring some terrific vocal samples – which are both timely and resonant in today’s fragmented world – this tune has the lot! Take it for a spin.

Artwork and layout by Steven McCabe

“Liberty for all mankind is the ultimate goal”