You are here:  Elegant Simplicity > Discography > Albums > Blinded by Time (1993) 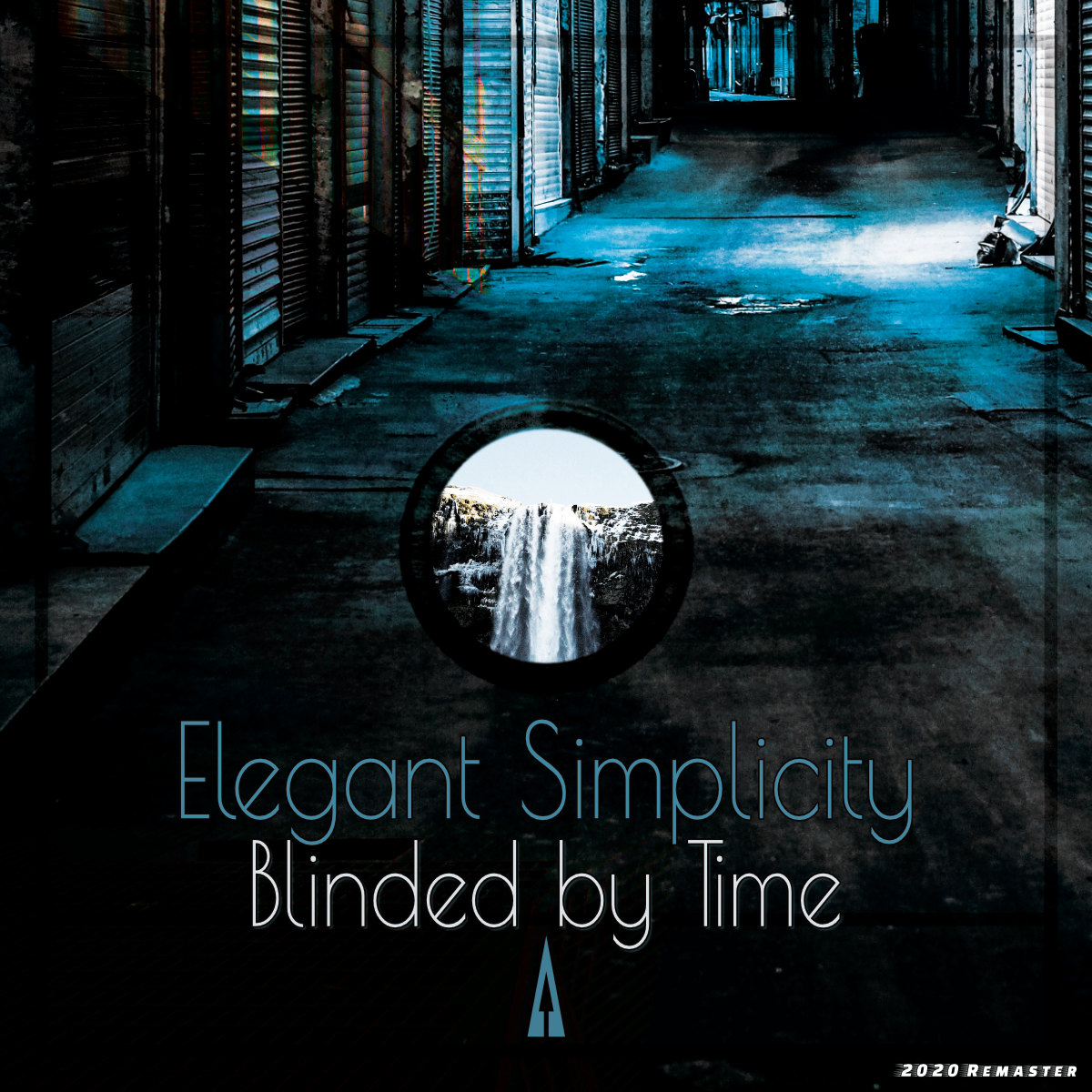 Blinded by Time was our third album, featuring songs that were written and recorded between March and April 1993. Again, all songs were recorded to a Tascam Porta-One machine. The significant difference with this release, however, is that all the sounds – except for acoustic and electric guitars – all came from my newly bought Korg 01w/FD Music Workstation.

This was an awesome machine and had a built-in 16 track sequencer. With this, I was able to compose a complete multi-track arrangement and record the stereo output to tracks 1 and 2 of the Porta-One. That left the remaining two tracks for guitar parts. As a result of the sequencer’s abilities, I was able to construct much more sophisticated songs featuring many more parts than the earlier two releases. It meant, though, that the sequenced parts had to be balanced and mixed before being committed to tape.

Naturally, I went to town with this newfound power! This album has everything – including the kitchen sink – on it! You will recognise some of the synth sounds as they are quite cliché now. Nevertheless, the album has polished up remarkably well. The sax and flute sounds are not that great, but they work well in the context of the songs. The guitar playing, as usual from this time, was captured in one take – mistakes and all! Luckily, the mistakes are exceedingly small, and most people would not spot them.

For this remaster, I simply sorted out the bottom end, added some clarity to the top and added a mild tweak or two to the middle. I also beefed up the volume to modern standards and added some very mild compression / limiting to preserver the original dynamics. It is light years ahead of the original release and I am thrilled to be bringing it back to life for you to enjoy.

I had 100 copies pressed on cassette (in two batches) and if you have one, drop me a line and claim your free upgrade!

This a great kick off to the album. Multiple synths, guitars and sax over a cool refrain and acoustic guitar. Really great lead synth noise. Nice arrangement with fretless bass! Sax and synth duet, too!

Nice slow intro with some clean lead guitar and synth arpeggio and piano build up. This is interesting as there is a ridiculous long string line in it! Lovely guitar solo. Very cool guitar riff and synth solo leading to a mellow finale that echoes the introduction.

This is short and oh so sweet! This song had been around for some time before being recorded. This is, in fact, the third recording of it. Based around a Fender Rhodes groove and a simple but emotional melodic phrase, the song mutates into a hard rocking organ solo fest! Have considered re-recording this again as I like it so much!

One of my all-time favourites. This started out as a piano piece that, quite literally, was circular! Another immense arrangement, it has everything: sax, flute, organ, multiple guitars. Great build up to the admittedly long-winded middle section. Still love it, though. If you listen carefully, you can hear a spot where I lost my place and fluffed the guitar part! There is a lot going on in this song.

This is quite a complex little tune with a blues rock inflected unison part. Great harmony sections and build ups. The organ solo is nice and so is the guitar solo. I had a stereo Marshall amp at this time, which I was using for gigs, and it always recorded well, even with just one microphone on it!

This is a long and very moody piece, well worth spending the time getting to know. Lovely melodies and killer synth parts. The acoustic guitar arpeggio is the Korg and it still sounds good today. This song just builds and builds and keeps building in intensity until it mellows out around the 5-minute mark. After that, it starts to rebuild with some nice piano / guitar parts. Trumpet solo, too!

This song is based on a track Autumn Winds used to play at gigs. The title comes from the bands keyboard player, Malcolm. Parts of this song became our jam party piece and we would spin it out for as long as we liked, exchanging solos if the audience were digging it! Rhodes solo is great as is the extended lead synth. After the hectic middle section, we have a clean guitar solo giving way to a bit of a shred-fest! After that some unison playing and then it ends. Hugely enjoyable self-indulgence!

Now we come to the title rack and what a belter it is! Extremely aggressive with a superb stuttered guitar riff against a staccato synth. It builds and builds with a hugely ominous synth lead before venturing off into a stabbed synth phrase with added string parts. Beautiful and fat synth solo and unison parts leading to a great guitar break.

After all that tension in the earlier track, we land with a short piece featuring piano accordion! Lovely chord changes and piano parts. Oh, and it’s got tubular bells on it!

The images above show the first cassette release, the second version with the full colour front, the CD-R release and the 2020 remaster.