As everyone must know by now, this is the first PT album in years. To say it was long awaited would be an understatement. Anyway, here it is and what is it like?

The easy stuff: production and performances are absolutely first rate. Staggeringly well produced, as one would expect from Steven Wilson.

First track Harridan came out last year as a single and really sets the scene. By turns bombastic and gentle and others almost psychedelic. Great track, lots going on and superb vocals. Even thrashes around like a metal anthem! If you listen carefully, there is more than a hint of Opeth and even some scat singing. Really. Or it’s my ears gone to pot!

Of The New Day – is a classic PT song. Beautiful ballad (though with some heavier sections) with dreamy synth-scapes, acoustic guitar and terrific melody. Lashings of the bands trademark melancholia.

Dignify – an ethereal and somewhat creepy intro leads into another ballad. Absolutely spot on backing vocals and a great build up with Wilson’s long sustained guitar notes sounding like a synth playing a high pedal or something. Lovely song, with a tasty little guitar solo, too!

Herd Culling – Not quite sure what to make of this one. It’s OK, but doesn’t seem to do much. It has all the right ingredients but just doesn’t do it for me. Great drumming, though!

Walk the Plank – This kicks off with a wobbly Rhodes type sound and coming across like mid period Japan inter-bred with David Essex. I kid you not. Really don’t know what to make of this! The vocals are great, though.

Chimera’s Wreck – at 9.40, this is the longest track on the album. This is a well moody track, a real slow burner, too. Not immediately brilliant, but it slowly unfolds into one their best ever songs. Features a stellar wah-wah guitar solo! When the song gets going, it’s super groovy with a knockout drum performance from Gavin.

Population Three – I wonder if the song title is a reference to the band being a three-piece nowadays? Anyway, this is a cool little instrumental song where everyone gets a little bit of the spotlight. It’s a little bit too long, though, but I imagine it would be awesome live!

Never Have – Kicking off with a piano arpeggio, we have a quality ballad / rock song the likes of which Wilson excels. Melancholic as it gets, of course, but nothing wrong with that! A brilliant and persistent synth line runs through bits of it that will really nag at you! An album highlight for me.

Love in the Past Tense – Is that a mandolin I hear???? Great track to end the album on. It’s upbeat, possesses great energy and will be an absolute blast if they do it live.

No great departure for the Tree. In fact, it has more in common with the earlier records than the more heavier latter day stuff. Which is something I like very much. The very first song I heard by them was Stars Die and anything that conjures up that kind of vibe is OK in my book!

A super album and definitely deserves a place in your collection.

Processing…
Success! You're on the list.
Whoops! There was an error and we couldn't process your subscription. Please reload the page and try again.
Tags:David EssexGavin HarrisonopethPorcupine TreeRichard BarbieriSteven Wilson
If you like it, Share it! 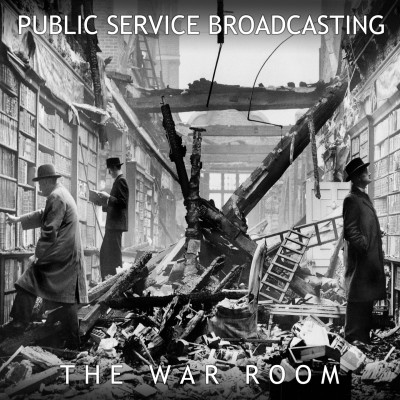 I saw this band in concert on the BBC a few weeks ago and I was severely impressed. They were…