Barclay James Harvest: Everyone is Everybody Else

This was my first BJH album, bought because it was just .50p in a second-hand record store in Leeds! I had never heard of the band (I was a staunch Metal-Head at the time!) and I have no idea why I bought it – it certainly wasn’t down to the artwork! Anyway, I got the album home and gave it a spin. I was knocked out by it then and it continues to knock me out today. From the opening Child of the Universe to the closing For No One and all points in between, this is truly an album without a single wasted moment. Each song is a classic in its own right. I have played this album thousands and thousands of times and have never been bored with it.

For those who have yet to experience this wonderful band, musically I guess you could call it pastoral prog – nothing fancy, no show-boating: just beautiful, progressively-tinged songs dripping with melody and emotion.

John Lees has never sounded better on guitar and vocals, the bass and vocals of Les Holroyd are outstanding and the sheer mellotron playing from Woolly is bombastic and subtle in equal measure. As for Mel Pritchard on the drums? Well, the boy could play. Massively under-appreciated: much like this album, I guess.

But not in my house. As long as I have good hearing, this album will always get played.

Streaming right now – in full – on ProgStreaming – is our latest album ALL LIFE IS ONE. Go check… 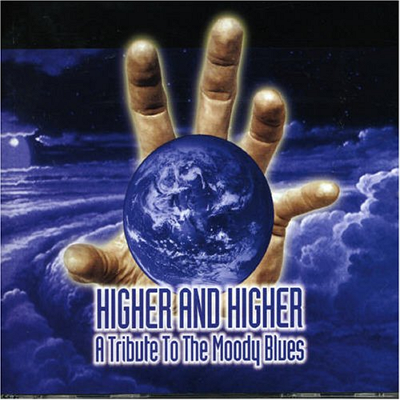 I have just updated the discography page for our one and only cover version: The Moody Blues | Driftwood! In…