Went to see It Bites last night (March 6th) at the grotty old Manchester Academy 3 (the tiny venue at the top of the stairs) and it was the best I have seen them since John Mitchell joined. John’s voice got off to a slighly raspy start with the opening number Bullet in the Barrel, but soon picked up after that. I still feel he struggles a bit on the Dunnery material, though.

The place was more or less packed, but clearly not sold out – same as it was the last time I saw them them. Incidentally, the support act Aynsley Lister was pretty good: in a Bryan Adams/John Maher kind-a-way. Indeed, the place was packed when they were on but once they had finished around 9 o-clock the crowd thinned out somewhat.

Regardless, It Bites performed Underneath Your Pillow (with changed lyrics) for the first time with John and it was a knockout. They also did most of the marvellous Tall Ships CD and it was great to notice that most of the assembled knew the songs! They also cranked out a superb Old Man and the Angel and, wait for it, the full 14+ minutes of the utterly brilliant Once Around the World. This was simply awesome and I’m sure I could see some folks wrapped up in prog glow! The song went down a storm. Crack the champagne indeed!

In summary, a great gig (though way too loud)  – well balanced between the Dunnery material and the Tall Ships stuff. Also great to see some neglected classics being giving an airing, too! 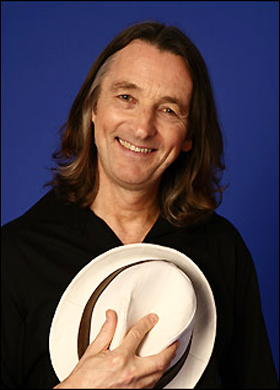 For those who don’t know, and there really can’t be that many of you, Roger was one of the key…

Saw Caravan at Salford Quays last night: Mr. Richardson played a mean spoon solo! Most of the band had dreadful…

I went to see Transatlantic on Saturday (22nd of May) over at the old manky Manchester Academy 1 in, er Manchester.…